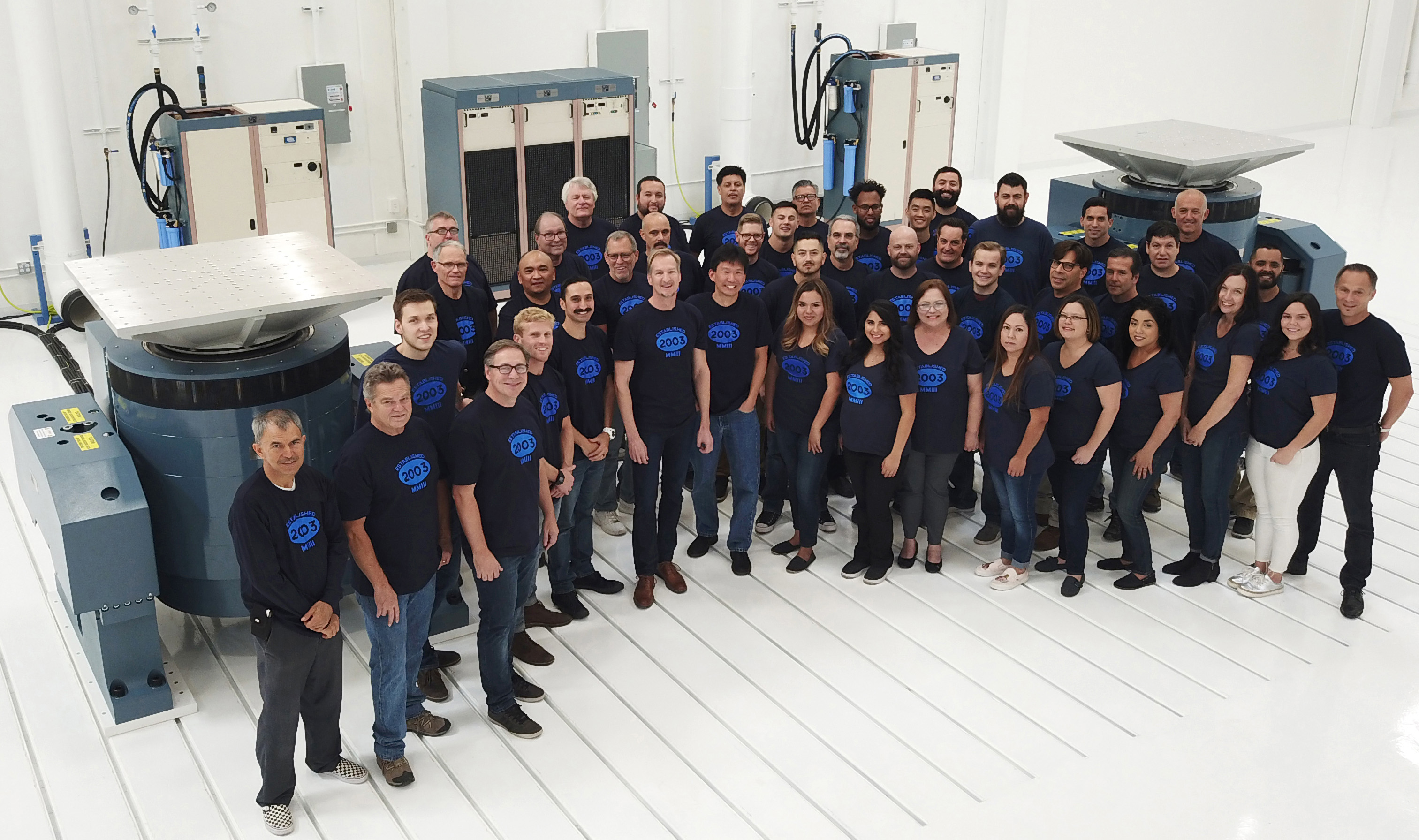 Experior Laboratories opened a state-of-the-art dynamics-testing facility as part of its campus headquartered in Oxnard California. The inaugural event on November 16, 2018 coincided with the company’s 15th anniversary and was celebrated with an open house for all staff, customers, vendors, and the press. 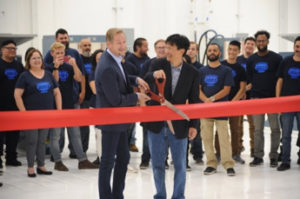 To facilitate the expansion, Experior Labs raised the roof on an 11,000-square-foot industrial space to 33 feet and included a 15-ton bridge-crane and two Unholtz-Dickie T4000 electrodynamic vibration systems that together produce 80,000 pound-force for testing heavy-duty equipment used on Rockets, Missile Systems, Trains, Satellites, and alike.

Founders Lorenz Cartellieri and John Kim were encouraged by the business growth over recent years in the dynamics testing area. The carefully executed expansion plan opens opportunities for third-party testing of much larger structures and payloads common to various industries. The significant opportunity lies in testing for the demanding aerospace and space industries which often combine vibration and shock test requirements with other test engineering challenges Experior Laboratories is already well positioned to cover and address. Both founders emerged from the photonics industry and got their start in testing fiber optics components for telecommunications companies in 2003. Business expansions for third-party testing were directed quickly into military, aerospace, industrial and even medical component applications.

“Executing complicated and large-scale component qualification programs for sophisticated telecommunications customers is what created a culture of excellence and start-to-finish project management at Experior Labs” said co-founder and Technical Director John Kim. The company has managed to successfully build long-term relationships with its customers and clients focusing on customer services and client satisfaction.

“Our job is to do the test right,” said Program Manager Jack Klein. Customers provide the test parameters and product to be tested, we design the test equipment, setups, and test procedures to accomplish the testing in full compliance with the requirements. Experior Labs regularly designs and builds specialty test setups in accordance with customer-driven requirements. Such a comprehensive approach to providing test services makes the company a trusted partner in any testing application. “The testing gives them confidence that the equipment will work the way it’s supposed to and that they know the standards it can meet”, said Andy Shiang, an engineer at California rocket and missile propulsion company Aerojet Rocketdyne. “At the end you have a product that you know what it’s capable of,” Shiang said. “In a test program, things will almost never go as smoothly as you plan. Problems inevitably come up, and these guys are exceptional at helping people solve problems.”

Experior Laboratories has been ranked among the Pacific Coast Business Times 50 Fastest-Growing Companies. With the ribbon-cutting ceremony for the new building, the company grew its Oxnard campus to over 40,000 square feet.