Temperature shock testing can help determine physical, chemical and operation problems of a product. Some examples of physical problems are shattering, binding or cracking of either the surface or internal components. Sudden temperature changes can occur, among other things, during transport from an air-conditioned room indoors to a high temperature desert outdoors.

Environmental testing labs will have a two-chamber setup or a single chamber with two cells for equipment setup. Each chamber or cell will be temperature controlled, allowing a rapid temperature change. Proper instrumentation is needed to control the speed in which cells moves. Depending on the test standard, monitoring of the temperature, dwell time and transfer time is often required.

Products used in the military, for example, are tested to temperature shock. This may happen the moment during a delivery to target where the transfer may take place in land, sea or air. The storage temperature may be cold and the deployment temperature hot, or vice versa.

One example is from the test procedure EIA-364-32, Thermal Shock Test Procedure for Electrical Connectors and Sockets. Two methods are listed to simulate the worst probable conditions of storage, transportation, and application. Method A is for air-to-air thermal shock and Method B is for air-to-liquid nitrogen thermal shock. Another example is MIL-STD-750 which is the Department of Defense’s test method standard for semiconductor devices. Liquid-to-liquid thermal shock testing is required, where the transfer time from hot to cold or cold to hot shall not exceed 10 seconds. 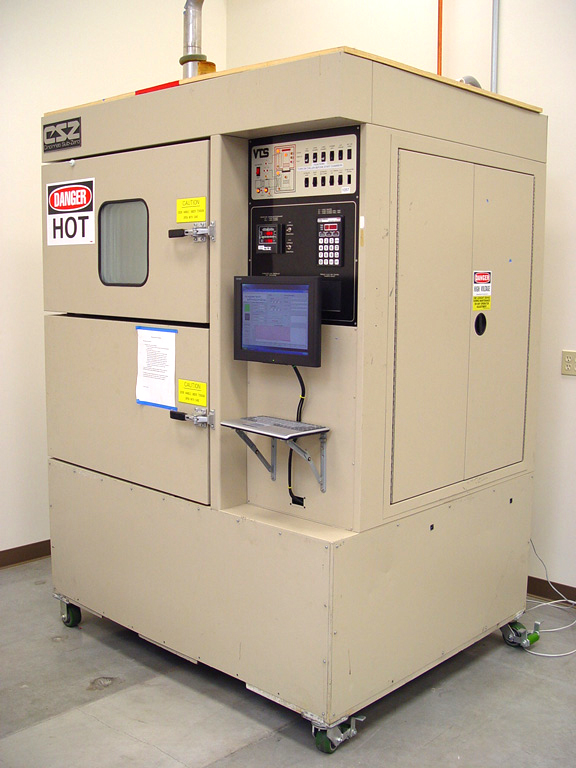