Testing in accordance with MIL-DTL-83526 (General Specification for Fiber Optic Circulars Connector, Hermaphroditic) is to screen hermaphroditic interface, fiber-optic connectors to the optical requirements in the detail specification document. Samples with singlemode and multimode fibers go through a program replicating extreme environmental hazards such as drilling.

Hermaphroditic connectors consist of backshells (sizes 12 to 17 and 20 to 21), protective covers and storage receptacles. One hermaphroditic connector contains a set of plugs and sockets in which this allows making a mated pair more efficient. The metallic design of the connectors is durable enough to withstand high levels of vibration and shocks. Different thermal/humidity environments are also conducted such as Temperature Life (per TIA/EIA-455-4) and Altitude Immersion (in accordance with EIA/TIA-455-15 and MIL-PRF-85045). Here are some details of the tests from MIL-DTL-83526:

Temperature Life testing: Tests for optical performance while the samples are exposed to a temperature extreme for several hours.
Altitude Immersion testing: Exposes samples to a pressurized environment and at certain temperatures.

Areas where drilling is needed such as an oil field, underwater, etc, harsh environments of impacts and vibration would interfere with an optical connection. A typical mated pair consisting of a connector plug and sockets would typically de-mate in the middle of usage. The hermaphroditic design of these connectors establishes a more durable connection of an optical signal and withstands military field application. MIL-DTL-83526 tests the connector’s mating durability along with its optical capability by exposing it to mimicked extreme environment. Qualification of the product per this detail specification can be distributed to primary defense contractors. 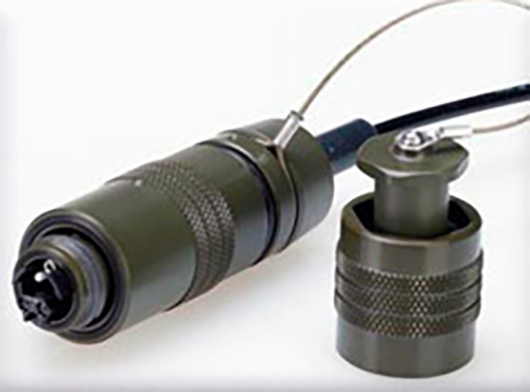 Contact Experior Today To Learn More About Our Testing Capabilites